The advantage of  the Fladder® system is that it is non-aggressive. It means:

-  A - Aluminum air craft pieces are deburred without damage to an eventual cladding.

-  B - Edges are rounded no matter if the edge is straight, a hole or shaped.

- C - Pieces with a protective surface such as cladding, galvanized, plastic foil on stainless steel can be deburred.

For machined aircraft pieces, in many cases, a standard machine is sufficient using fixtures for the parts, but where needed,
Fladder offers various purpose built machines based on the Fladder 400/GYRO technology.

The basis for all machines is the robust Fladder gearhead with six counter rotating spindles built into either a fixed machine frame
where the workpiece moves through the machine, or a machine frame that moves on rails along the workpiece.

Uniform deburring is made by these movements unique to the Fladder system: 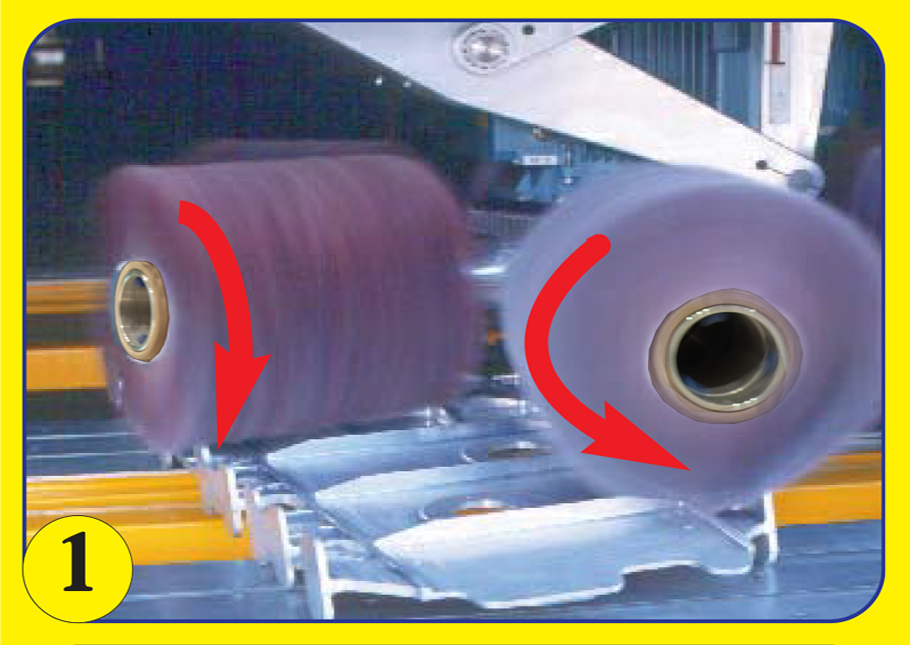 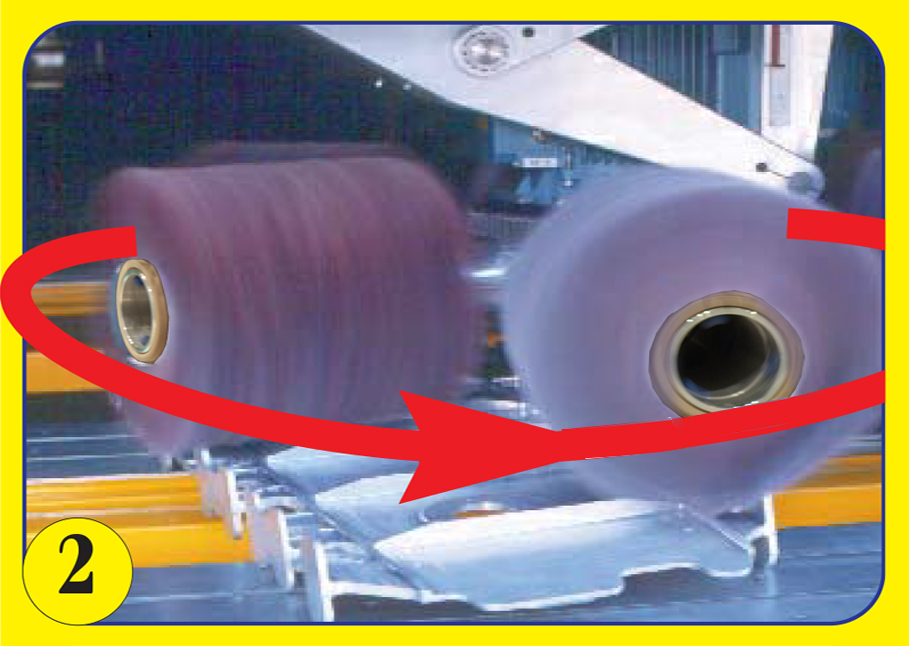 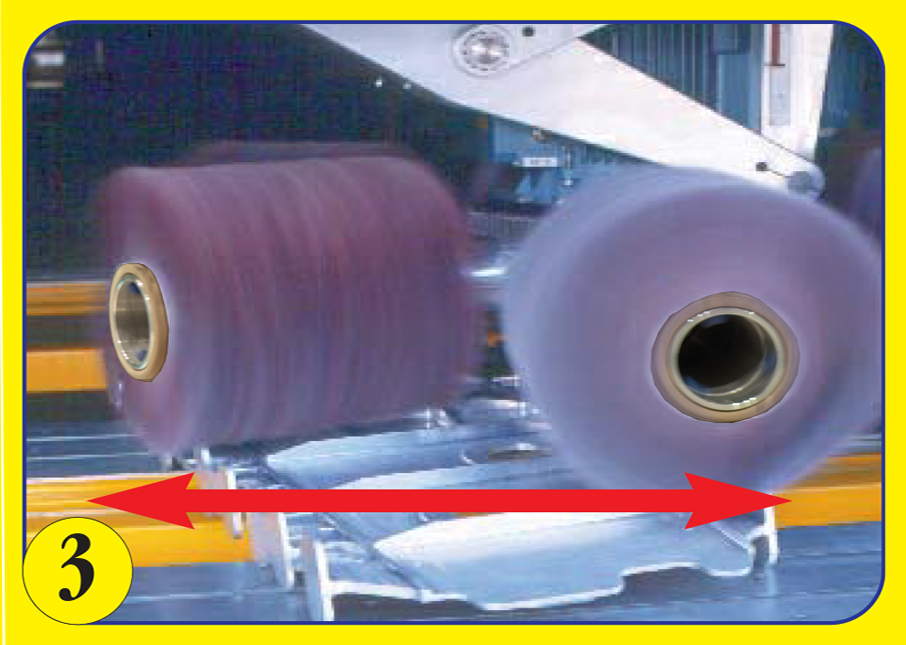 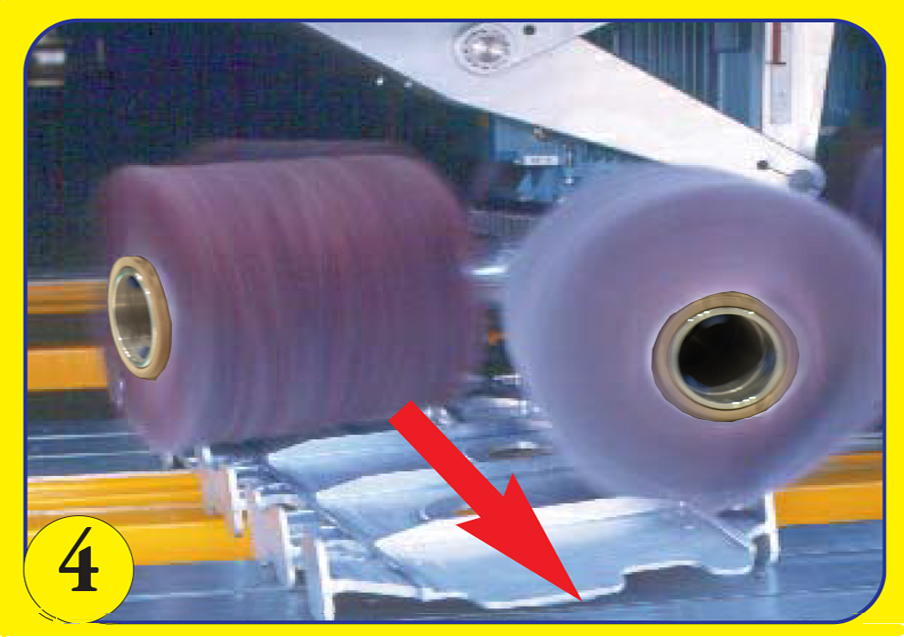 Workpieces are laid up and fixed to a number of tables or table trolleys.

The fixation is done either by, a clamping system or by, a vacuum system. 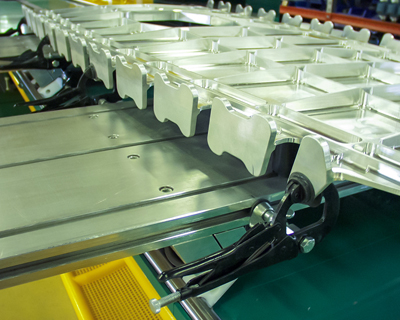 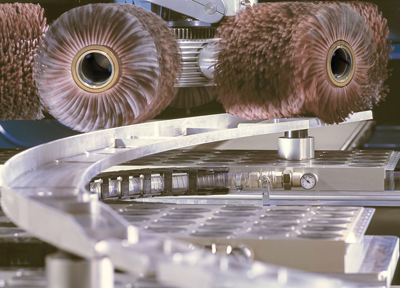 The table trolleys are pulled through the machine by means of the conveyor motor and gear, pulling a toothed belt on which the trolley tables are interlocked

- Moving gantry machine body with a number of fixed tables:

Parts are placed on a row of tables and the machine body is moving along the tables on rails.

Example of workpieces in two types of machine: 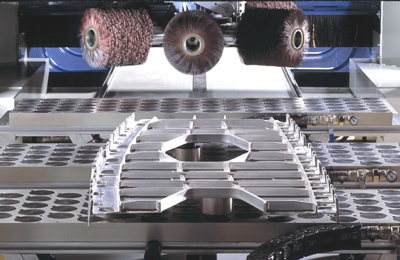 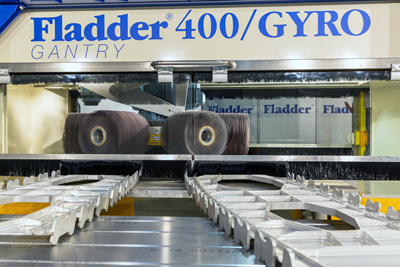 Advantages of the Fladder deburring system for aerospace:

When doing manual work the workpiece is often moved around or turned.

The automatic process is likely to reduce this.

Very often a substantial amount of time is used to do the operation manually – in some cases several hours.

The automatic process will offer a large reduction in time – even if only 50% can be processed automatically, it can still be justified.

The use of tools for manual operation is considered as a necessary cost – but the total per year is often surprising high.

Thus the cost per workpiece will be reduced.

The average workpiece is being done with a feed speed of 1,5 m/min. It means a large number of workpieces per day

The inspection process is most likely eased, as the automatic process leaves the workpieces with the same quality.

The environment is improved as the automatic process is done in an enclosed area with dust collection.