Fladder® - the way to a better finish and edge rounding

It is a well-known fact that sharp edges and burrs are created by machining of metal parts,
for instance punching, lasercutting, watercutting and milling.
Often this problem is solved by manual processing, and - for flat parts - using a belt grinder.
However, this method does have its limitations, as it requires the parts to be 100 per cent plane,
as otherwise there will be areas on the parts which are not sufficiently deburred.

In addition, burrs may be merely bent down over the edge in the process rather
than being completely removed. It is equally logical that with this method, the edges around holes
will be unevenly processed, depending on whether the deburring is performed across, up against
or along the edges. In other words, deburring can be a rather complex task.

The solution is to use the FLADDER® deburring system - an innovative deburring method based on principles
which are fundamentally different from those of traditional methods.

The tool in the FLADDER® deburring system is a flexible tool designed with a number of slats or strips which
rub tightly against the part, closely following its contours during the deburring process.

Finishing is a non-aggressive type of process capable of deburring the part’s edges without affecting its surface.

Sharp-edged parts often cause problems for sealing or coating or assembly.
The coating layer on sharp edges is very thin, which often results in poor coating adhesion.
The Figure B shows a profile with sharp edges. When the part is deburred using the FLADDER® finishing method, the edges
are rounded slightly or more pronounced if needed without causing the part to lose its definition.
This enables the coating to better enclose the edge and thus to obtain improved adhesion. 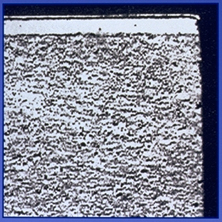 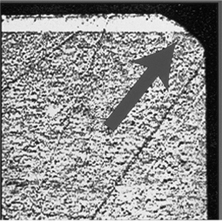 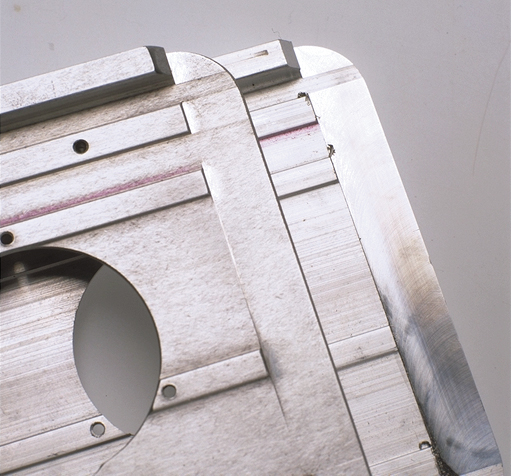 The FLADDER® deburring system is a non-aggressive system, meaning that it will process the edges on a part without
damaging the surface.
This is important for those of our customers who manufacture parts with protective foil on the surface. The foil will
stay on the part throughout the process. As a result, the part is protected for a longer time during the process than before. 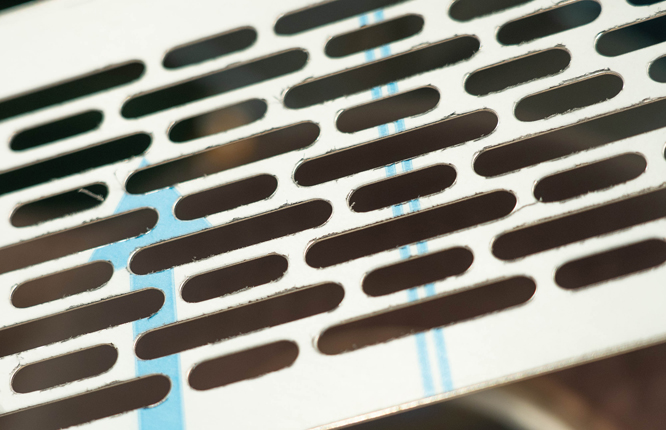